An equation of motion is a system of equations that describes the motion of an object with constant acceleration. Equations of motion require knowledge of derivatives, rates of change and integrals. To focus on high school physics, integrals are not considered. There are three ways to pair: speed-time, position-time, and speed-position. In this order, they are also referred to as first, second, and third equations of motion, but there is no good reason to study these names. Examples of kinematics include: i) Train and bus travel. ii) movement of the mass on an inclined plane. iii) water flowing from rivers. iv) Water falling from mountain peaks. Other way of describing this topic is when an object’s position changes relative to a control point, it is said to move relative to that control point, and if it does not change, it is said to stop relative to this control point. To find the relation or to better categorize or better understand or deal with the various situations of rest and motion, derivation of some standard equations related to distance, displacement, velocity and acceleration of an object into equations called equations of motion.

Kinematics analyzes the position and movement of an object

Without considering the reasons for its movement kinematics analyzes the position and movement of an object as a function of time. The relationship between displacement (d), velocity (v), acceleration (a), and time (t) can be included in this. The first three displacement (d), velocity (v), acceleration (a) quantities are vectors by nature. Definition of vector can be stated as a vector is a physical quantity that has a direction and a magnitude, such as speed or force. Conversely, quantities that have only magnitude and no direction, such as temperature or time, are called scalars. Vectors are usually represented by arrows drawn with a length proportional to a given physical quantity and a direction indicated by the direction of the arrowhead. displacement and speed Imagine a car moving away from a certain sign and then moving on the road. To find the exact location of a car after driving a given distance, you need to know the route as well as the miles traveled. The change in the position of an object defined as Displacement is a vector with a magnitude equal to a particular numerical value miles and a direction equal to east (considered). Velocity is a vector representation with values ​​equal to the speed of movement and the indicated direction of movement. For shifts defined on a number line, the direction is indicated by a positive or negative sign. Average is thus total displacement by total time.

The displacement (distance from the starting position) does not match the distance traveled. If the vehicle moves one mile east and then one mile west, the overall offset is zero, as is the average speed over the period. Displacement measurement can be identified as in units of length, such as meters or kilometers, and velocity measurement can be identified in units of length over time, such as meters per second (meters/second).

Know how to solve this question:

Assertion: An object can have constant speed but variable velocity. Reason: Speed is a scalar but velocity is a vector quantity.

Instantaneous velocity, by definition, is the limit of the average velocity as the measured time interval gets shorter and shorter. driving with constant acceleration When an object is moving with constant acceleration, its velocity increases or decreases at the same rate throughout the movement. Average acceleration equals instantaneous acceleration at constant acceleration. Negative acceleration can exhibit one of two conditions. First case the object’s velocity decreases in the positive direction. Second case the object increases its velocity in the negative direction. For example, a thrown ball will experience negative (downward) gravitational acceleration. As you move up, the speed decreases (first case). Then, when the peak is reached, the velocity increases downward as the object returns to Earth (second Case). A special case of constant acceleration occurs in objects under the action of gravity. When an object is thrown or dropped vertically upwards, we find the relationship between velocity, distance, and time by substituting a gravitational acceleration of -9.8. This can help in getting the right result out of it. You can visit here to know about the abovethenews. On the other hand, you can also get more essential info on dbfile. Here is the best news portal thoughtco where you can get the latest news around the world. 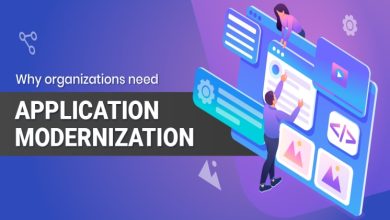 Why You Should Modernize Legacy Application for Your Enterprises 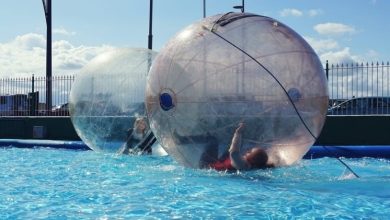 The Most Common Complaints About Zorb Ball, and Why They’re Bunk 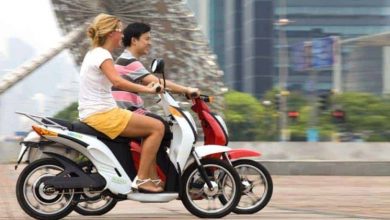 Things You Wish Someone Told You about Wood Flooring