The late Kobe Bryant is widely considered one of the best players the NBA has ever seen. And, despite all of his on-court accomplishments, his career was not without its setbacks.

Whether you’re a Kobe fan or not, there’s no denying the man’s incredible threshold for pain, which he’s shown repeatedly during the course of his career. One thing with Kobe is that he will play, even though he is injured, while some other NBA players would be out of action for weeks.

Starting from the beginning of his career, we run through some of the injuries that Kobe suffered throughout the years in the NBA.

Kobe Bryant injured his wrist just before the beginning of the 1999-2000 season, sidelining him for the first 15 games of the Los Angeles Lakers season, Phil Jackson’s first with the team as head coach. Despite Kobe’s absence, the Lakers recorded a record of 11-4 without their younger star, thanks to Shaquille O’Neal shouldering the load.

In his return, Kobe led the Lakers to a win against the Golden State Warriors, scoring 19 points, along with six rebounds.

In the 2000 NBA Finals, Kobe Bryant was forced to miss Game 3 after sustaining an ankle injury in the game prior against the Indiana Pacers. Despite the injury, Kobe toughed it out and returned for Game 4, putting up 28 points and leading the Lakers to victory and a lead in the series of 3-1.

While Kobe Bryant was not sidelined by a serious injury during the Los Angeles Lakers’ second straight championship run, he was hurt a slew of times that kept him out of the line-up. During this season, he suffered hip and elbow bursitis, as well as a painful shoulder and pinky, in addition to other minor injuries.

After undergoing an offseason surgery on his right shoulder, Kobe missed the rest of the 2003-04 season when he re-injured the surgically repaired shoulder in the middle of the season.

Unfortunately, Kobe had a lot going on this year, between the NBA and court, so it may have been the least of his concerns.

Kobe had a month-long absence this year due to an ankle injury, but even with the NBA legend in the lineup, it was the first time the Lakers missed the playoffs since the early 1990s and one of the most lackluster seasons in franchise history.

Kobe Bryant had a back injury during the Western Conference playoffs series against the Utah Jazz. The injury didn’t stop Kobe from leading the Los Angeles Lakers to the conference title, as he carried the team on his shoulders.

Index Finger Injury: From 2008 Through his Career

Kobe Bryant has been playing with an injured index finger for the previous several seasons. So, while Kobe was never one to sit out, even if he was in pain, he never let his twisted index finger heal fully, so he played with a messed up finger for the remainder of his career. Vanity doesn’t exist when it comes to Kobe and winning.

Kobe Bryant missed his first game since the conclusion of the 2006-07 season due to an ankle strain in the midst of the 2009-10 season. This season, he would miss a total of five games as a result of his sprained ankle.

Kobe Bryant traveled to Germany the summer before the 2010 playoffs to undergo an experimental treatment on his right knee, the same knee he had surgery on three times before.

During the 2010 playoffs, Bryant had his knee drained numerous times as the Lakers won their second straight title.

Apparently, Kobe couldn’t even practice because his injured knee had so little cartilage.

Kobe Bryant twisted his left ankle in Game 4 of the Lakers’ playoff series against the Hornets. Kobe didn’t miss any games due to injury. He pushed through it, the Lakers were eventually eliminated by the Dallas Mavericks in the following round.

Kobe Bryant tore a ligament in his shooting wrist during a preseason game against the Los Angeles Clippers. He didn’t let it slow him down and Kobe played anyway. He participated in the team’s first ten games, but he had to get injections to the damaged wrist to enable him to play.

Check out this site magazinehub.net to get more information.

In one of the last games of the season, Kobe hyperextended his left knee, but kept playing because a playoff spot was on the line. However, with just three minutes remaining in the game, Bryant fell to the floor as he drove to the basket and grabbed his ankle. He said he immediately knew it was his Achilles. He would return the following season, but only to suffer a season-ending knee injury.

While a superstar athlete like Kobe Bryant is generally protected and cared for by the Lakers organization by a team of professionals, not all of us are this lucky. Sports injuries can severely hinder a non-professional player and keep them from making a living in whatever their regular job is. If you are injured, it’s best to talk to a legal expert about your options, because treatments can be extremely costly. The Brandon Broderick Law firm is a great option to either represent you in an injury case, or to consult with to discuss whether you have a claim or lawsuit to go after. Injuries can not only result in lost earnings, but can also lead to permanent disability, depending on how bad you are injured. Never take an injury lightly. 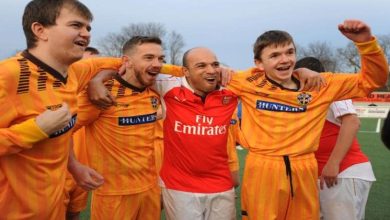 Super Bowl 2017: Here’s How Many People Watched the Super Bowl 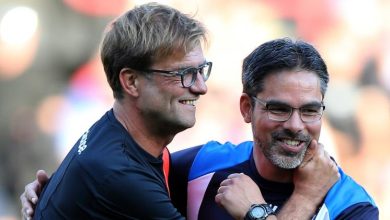