Danish player Andreas Christensen is set to replace Niklas Sule after he decided to leave the Bundesliga champions in the transfer window set this summer.

Sule is set to leave Bayern

Bayern Munich are planning to sign Chelsea player Andreas Christensen after Niklas Sule declined an offer to continue his contract to the German football club.

According to the reports these past few weeks, it is now confirmed that defender Sule will not continue his time in the German team after his contract expires this summer, even though Bayern Munich offered to boost his salary to €10 million.

Sule is planning to make a move to either Premier League or La Liga if given the chance. The player and his agent will begin negotiations with potential clubs this month and if the deal is finalized he will be making a transfer after the end of this season.

Where could Sule go next?

According to the recent rumors, the German center-back is said to be being wooed by Newcastle and Chelsea, however the player confirmed that he is not interested in transferring to Newcastle despite a profitable offer.

At the same time, it was also reported that Barcelona also expressed interest in making a deal with the 26-year-old defender as they are planning to boost the defensive structure of their team.

According to Bayern head Oliver Kahn, he verified in a press conference that the defender will no longer be associated with the club in the next season of Bundesliga.

“He didn’t accept our offer. We have a particular responsibility for the offers we make. It’s normal that you simply don’t always close a deal in this business,” Khan said.

Khan also stated that Bayern did everything that they could and even offered the player a huge figure but he still refused and the decision to leave the club became clear over the past few weeks.

If the transfer happens, Sule will be the fourth athlete to leave the German club via free transfer in the last year, he will take the steps of Jerome Boateng, David Alaba and Javi Martinez.

Who could take over Sule at Bayern?

According to the recent news, Andreas Christensen is one of the people that Bayern is looking for to replace Sule in the summer transfer window.

Similar to Sule, Christensen can easily set to make a free transfer as soon as his contract ends.

English club Chelsea has been attempting to persuade him to extend his contract for a new four-year deal last year, however the negotiations have been proven problematic.

Chelsea head Thomas Tuchel said to the reporters last December that he has been trying to convince Christensen to express his commitment to the team by signing the new deal but the final answer of the player is yet to be announced.

“We are expecting for a long period of time now for confirmation. It’s on Andreas to act how he acts on the pitch, he has to act now off the pitch, and walk the talk because he tells us that he loves Chelsea, he tells us that he wants to remain in the club and be a huge part, because he’s a big part of an enormous club, and that i think he’s an ideal fit and that I think that he’s not done yet here,” he said.

Find out the world best online business news here marketwatchnews. Where you can get the best solution way for your business and crypto news on btctraders24.

The xoilac is one of the best choice for you so that you can get the latest web news around the world. And another think, if you are seeking for good lawyer then you can visit here to get the best lawyersupport in the world.

Christensen’s addition to Bayern Munich as a replacement to Niklas Sule is definitely a good move. Bayern will need to strengthen their defense for the next season of the Bundesliga and Christensen is the perfect man for the job to do that. As the transfer window in the summer is drawing near, the direction of the German clubs could also shift in truc tiep bong da. 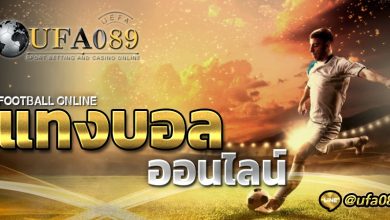 Football Betting and Laws Relating To It 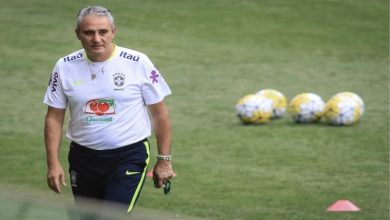 แทงบอลออนไลน์ Tips On How To Bet On Football Soccer Betting Information